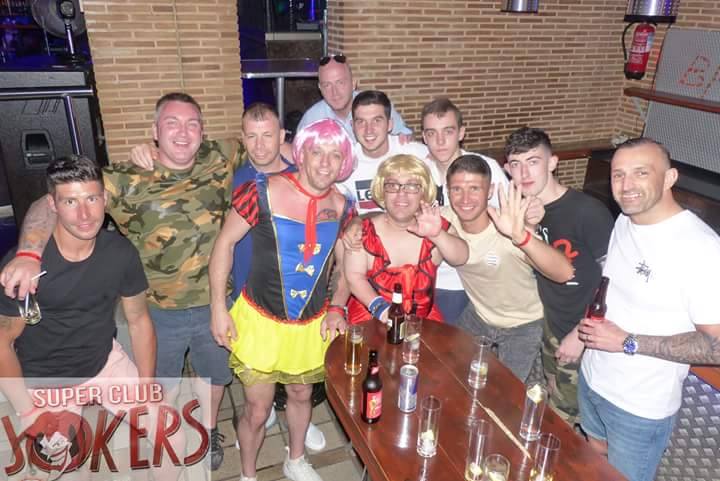 Dwarves, an understandably strange addition to a party, let alone one that celebrates someone’s marriage, but as of modern culture dwarves, or smaller people, have become a common staple of any high-quality stag do or hen party. Snow White and the Seven Dwarves, Eitri, master blacksmith and King of the Dwarves of Nidavellir, Mini Me, The Smurfs, Ewoks, all famously small characters played by humans who have a definitive place in popular culture, but where else are they welcome to be immortalised forever? That’s correct, Big John’s stag do, or perhaps Alice’s hen party. It really is bizarre to think that, simply because they’re small and somewhat of a chuckle when we’re intoxicated, dwarves have become as much of an importance to stag culture as they are today. They’re paid a hefty sum of money to simply join in on the party, dance, drink, entertain, participate in the celebration and act as a miniature host for all involved. There are some who see the way these smaller people are treated as a problem, but in general, the fact they’re literally being paid to get drunk and party with all expenses included, it’s pretty rare you’ll see a dwarf complain. So, whether it’s Big Papa Smurf, an Oompa Loompa, or maybe just a classic, dapper little man, you’ll be sure that the experience will stay with you for the rest of your life, or maybe just until you black out and forget he was ever there.

A great question that comes to all of our minds when we’re not directly involved with the dwarf shenanigans is: what’s the point? From the outside looking in it sounds strange, maybe even stupid, what, you pay a little human to join you on your night and, drink? Perhaps he’ll have something entertaining to do, maybe not. Well, at its core, yes, it is rather silly, but in the heat of the moment, once all the introductions are out of the way, it can add a certain degree of looseness to the experience. Now, that may sound strange but let me put it into perspective: maybe some of the lads are struggling to get stuck in, or the first hour is a bit of a difficult push before everyone’s well on their way to intoxication. How do we remedy this? Well, if there’s a dwarf handcuffed to the groom, all thoughts of seriousness or behaving go out the window, there’s literally a tiny human shackled to the groom and from there, the tone has been set form the rest of the night. The dwarf becomes one of the boys, there’ll be comradery, the creation of friendship, a journey that’s made between the tall and the short, and what’s the harm? Nothing, maybe you’ll feel a bit awkward for ten minutes, but once everyone gets used to one another and the blue paint starts to fade away from the smurf- I mean dwarf’s face, everything becomes a little bit more relaxed and enjoyable. A great addition to the group at the expense of a few more drinks and a funny look or two at your group, that’s the point of a dwarf joining you on your stag do. But hey, it’s not like your rowdy bunch of boys weren’t already going to be getting funny looks, is it?

Now, here’s the fun part of the situation, forget the weirdness and the awkwardness that we may assume when looking in from the outside, and think of the opportunity. There’s the classic smurf or one of the seven dwarves, painting your new friend in all blue and giving him a nice hat, or a cute outfit that even Snow White would adore. Maybe you’re a Lord of the Rings fan and fancy having a hobbit as your own personal friend for a night, or, we could go into even further into nerd territory. Perhaps you want your very own blacksmith, Eitri, good friend of Thor and creator of both the Infinity Gauntlet and Stormbreaker axe, what better way to show your power around town with a forge by your side? The irony of choosing a blacksmith of course comes from the fact that this short man will very likely end up being shackled to your side for the entirety of the night. Maybe it’s a hard-toned joke made at your expense, or maybe the group just want to make sure the little guy doesn’t get lost in the crowd. Regardless, it’s fair to say that the groom, and probably the best man, will get to know your new friend very well throughout the night. A drink or ten, a story to be told, interactions with the locals, maybe even a rib or two devised by the dwarf himself.

When we look at the idea from a distance, some may feel the concept is cruel, maybe even derogatory or horrible. There are some who feel it’s using the person, or making fun of them simply because they’re short, and that shouldn’t be allowed or marketed as a “party experience” for stag or hen dos. In fairness, I can understand these sentiments, and I’d maybe even agree with them if it wasn’t for the fact that no one has ever forced the dwarf to do anything in the party world. These shorter people seek out the role, apply and then choose which assignments they want to take up, most of which seem like a legitimate luxury that anyone, of any height, would absolutely love. In general, expenses usually come at flat rate for the hour, with a reduced charge as the night goes on, plus whatever expenses beyond that may include, for example drinks, travel or props. Generally, from what I’ve seen within the community of these entertainers, commenting about the situation, they all seem very happy and for the services. In fact, they’re more so against anything being changed, for example the removal of “dwarf” from certain productions, as it may harm these short actors and actresses. Why would it harm them? You may ask, well, in Snow White and the Seven Dwarves, for example, they wanted to remove the term so they could technically hire children for the show, which would cost far less and therefore negatively impact any dwarf workers. Ultimately, as long as you’re treating your temporary short friend properly, making sure they get their share of the booze and the action, then what’s the harm? However, of course, it’s important to remember that there are always sometimes or moments they may not enjoy, but not because they’re being made fun of. Maybe the little guy just broke up with his girlfriend, or has a headache, he isn’t going to want to be partying in Ibiza, all expenses paid, for large sums of money per hour, now is he? Sometimes, though, sometimes we just have to get on with our job, no matter how awful or tiresome that may be.

What Infinity Weekends Can Offer

We’ve talked about the experience a dwarf can offer on your stag do or hen party, you’ve seen the possibilities, the variety, the kind of things these little friends can bring to the event. We’ve also talked a little bit about how they may feel, their stance towards the service and if it’s okay, which it is. What we haven’t talk about is Infinity Weekends, and what they offer in regard to party destinations, trips away, bookings, planning and of course, dwarves. Ibiza, Magaluf, Benidorm, Barcelona, all the hottest and most popular holiday destinations to spend a weekend away celebrating your final days as an unmarried man or woman. The sun, sea and excessive alcohol will act as the perfect accompaniment with your new friend who will be ready to attend whatever it is you plan on doing. However, with Infinity Weekends, it’s all about choice, as well as creating as little stress as possible. So if the sun and sea isn’t your thing, perhaps you’d be more interested in Amsterdam, Prague or Berlin for the city nightlife and high-quality, alcohol-based experiences. Or, you can keep it to your home-country with the popular cities of England such as London or Leeds, luckily, the dwarves are locally sourced and can be arranged with no fuss. As aforementioned, Infinity Weekends are about the party, forget the mess and look forward to the event. Simply call the Freephone number for a quote, have a conversation with your representative and discuss the trip, where are you going, what do you want to do? There’s some suggestions on Infinity Weekends’ site, but requests are more than welcome, they’re encouraged, because overall, it’s all about you, and creating the best, most memorable experience possible.