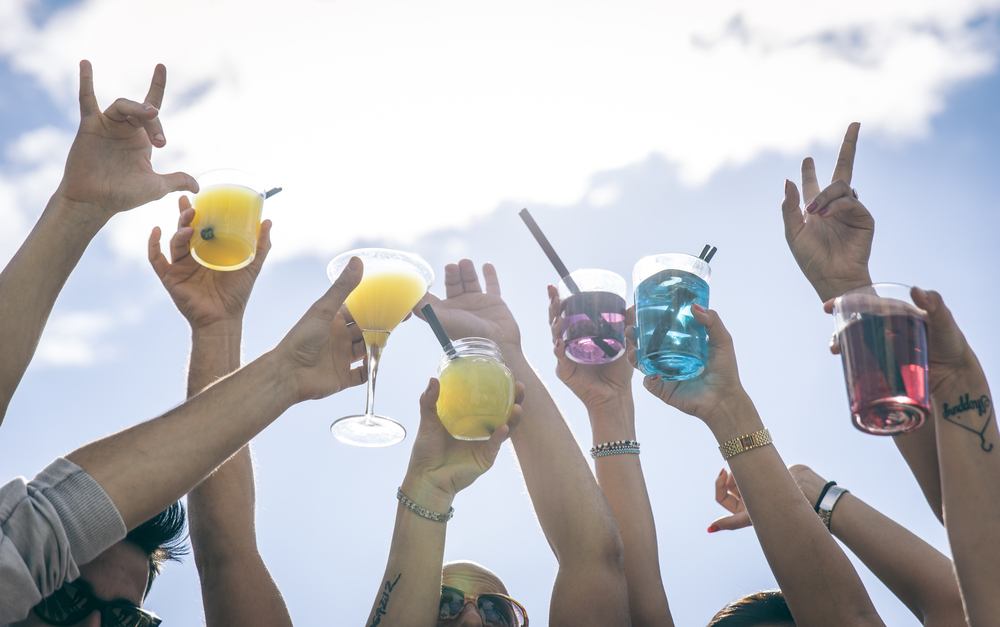 As time goes by we find that cultures bend and adapt, they change based on current events, what was once inappropriate and obscene is now allowed, maybe even welcomed. With that in mind we can take a look at stag dos, or weddings in general, the customs and the expectancies that we’ve come to understand, but ones which change as time goes by. Sometimes these changes aren’t major, sometimes they’re to keep or to break the ideas of tradition, however, what we find doesn’t change is the sanctity of the groom’s side of the wedding. Not specifically in regard to his family, though some of them may be involved, but in regard to his friends, his mates, his top lads and best man who have been in his life as long as, if not longer than the bride herself. So, with that in mind we can take a look at the stag do, a night or weekend that is for the boys who have stuck with the groom through it all, and are rewarded with an occasion that should go down in history, dependent on everyone’s memories after the alcohol has taken its toll. How do you go about it all? Where do you go? What do you do? Won’t it be expensive? These are just a few questions we’ll look into in this article as we list over twenty of the top-tier, craziest, weirdest, most interesting and classic ideas for stag do activities and events.

We’ll start with something simple, a category that almost all boys will enjoy, if not love. Perhaps the groom met a few of his best men at a local football club? Maybe they met down the pub during a game and made friends over a shared team? Whatever the team, or even the sport, we feel that these kinds of activities are always welcomed at a stag do, even if they are a bit of leg work. They’re a great start to break the ice and get everyone limbered up and thirsting for the drinks later on. Golf, a simple activity that can be found all over this or any other country, you can even modify, add in some gimmicks such as foot-golf or choose a pitch-and-putt course to shorten the timeframe. The same goes for football, dodgeball, cricket, or anything else, you can hire out a gym, maybe even find another team to face in a friendly game to get everyone acquainted that much quicker. Or, if the aforementioned anecdote is true, and you do all in fact share a team together, you could even go catch a game.

From golf and football we move into more dangerous territory, from grenade throwing to airsoft, rifle experiences to paintballing, there’s different degrees that should suit everyone involved. Airsoft, laser-tag and paintballing are simple, just like golf they can be found all over the country and are generally a bit of fun, everyone gets involved, everyone has some a laugh and you act as a solid team, making sure the shy brother or the awkward step-dad can all feel a part of the squad.Clay pigeon shooting, as well as other interesting experiences such as grenade throwing, or SWAT, drug cartel, and Dirty Harry themed experiences are also on the table, but these will be much harder to find and potentially at more of a cost. This is of course when you want to ask yourself: how far do we want to go with this stag do? Do we want a quiet round of golf and a pint, letting some other friend throw a crazier stag do in a few years’ time? No, you want to go all-out: sky-diving, rifle shooting, supercar racing and a pub crawl, topped off by a fulfilling kebab to end the night as you fumble home.

A classic activity for stag dos anywhere is go-karting, because it keeps with the most important detail: simple. Maybe ten of the boys, all geared up, helmets on for an hour or so racing each other, head-to-head in playful competition. That’s a great foundation, a photo op at the end, a scorecard and a conversation topic that the lads can come back to later on when the pints are being served. Maybe even a bet gets put down, loser buys the first round? It doesn’t have to stop at karts though, we can take this simple, small idea and ramp it up quite a lot dependent on budget, location and how extreme you want to go. Hovercraft racing, for example, not only will you get to ride in a hovercraft like some kind of superhero, but you’ll be racing them just like the go-karts. Or, we can go even smaller with mini-moto, off-road with Jeep driving, or to a professional track. Lastly, however, becomes much less about racing, and a lot more about danger and destruction, in demolition derby. That’s right, this is absolutely an option up and down the country and is just as amazing as it sounds, and although proofed and made safe, there will be serious risks involved, so granddad is likely going to have to sit out of this one if he has any pre-existing conditions.

Private boat cruise, brewery tours, paint-balling, bowling, escape rooms, which can then transition into something a bit more lively, there’s more action-based activities such as the Dirty Harry Experience, AK-47 shooting and tank driving. However, I know what you’re thinking, “sure, these don’t involve much alcohol, but how am I supposed to take work colleagues to any of these?” Well, think about it, a private boat cruise is the perfect example of a viable activity for a business partner or potential associate, it’s unique, private and somewhat captivating, keeping your client intrigued, but also impressed at your ability to plan ahead for such a nice meeting. Alright, a boat cruise isn’t your thing, well how about the Amsterdam Lookout Tower to help keep someone interested, perhaps spend an anniversary up there; followed by a tour of the country’s most famous dungeon, the Heineken brewery, or even a tour of the Ajax Stadium.

As well as enjoyable, something that will bring all the lads together, you also have to account for the activity and overall event being memorable. Yes, you could pub crawl and get some nice food on your way round, but that’s somewhat boring. Instead, maybe you and the boys need to be doing something weird, maybe even out of your comfort zone that you can tell your wife or wife-to-be about when you get home. Something like a wrestling crash course, where you’re shown the ropes, the regularities and the ring-work of a professional wrestler, getting everyone dressed up and named accordingly. Continuing the theme of combat, gladiator fighting is another good one, as in, with padded batons and bouncy structures, it’s something light-hearted and enjoyable, but also a bit weird. Destruction opportunities, like car smashing and wreck rooms are also a possibility, finding out who’s the toughest in the team and who really has the most pent up aggression.

Sometimes, money is a factor, and the following activities are ridiculous in concept and most likely in price, but if you’re- I don’t know, a millionaire, maybe some of these are for you. It’s good to remember that Infinity Weekends are here for situations exactly like this, where you have an idea in mind, but not a location or price-point, we can do the scouting, looking for a good price and timeframe that fits you and the guys best. Flying a fighter jet, that’s a memorable one, having your Goose, Iceman and Maverick all up in the skies, watching each other’s backs. The difficulty would lie in numbers, as you’d require supervision and that would take up extra seats. Next to jets that can go hundreds of miles per hour are supercars, sports cars and luxury vehicles. Get yourselves inside a Lamborghini or a Ferrari and take it for a spin around the track, it doesn’t get much more grand than that. The most manageable in this section is visiting a zero-gravity centre, where groups can go to experience just that, no gravity. This would be my pick out of this entire list for an experience to try, there’s truly nothing like it and it offers you an other-worldly experience.

I know what you’ve been thinking. Why is there so little mention of alcohol on this list? What’s going on, does he think we’re straight edge or something? No, not at all, in fact we fully understand that alcohol is a huge part of stag do culture, but you have to remember that there’s more to a list of crazy, interesting activities than simply: go to the pub, hit up a club, get smashed with the lads. In this list we’re trying to open your eyes to different activities, some you’ve heard of, hopefully some you’d never even thought of. For example, brewery tours, everyone’s heard of that, though some people may have never had the time to go. You can in fact visit the breweries of some of your favourite alcohols around the country, before heading off for a meal where you can slosh a few more done. Or, here’s something you may have not heard of, in some locations you can in fact get drunk within the brewery itself, and you can’t get much more authentic than that. Or, maybe you’re liking the chilled vibes mentioned in earlier sections, so a beer spa might be something for you, to chill out and catch up with some people you’ve not have seen in years. If you’re the outdoorsy type, a beer bike or beer float might be even better, offering a similar idea but this time out in the sun. Lastly, there’s something for the creative stag doers, who want to get down and dirty, getting the chance to brew your own beer or blend your own whisky.

To conclude, I felt we’d wrap it up with a short list of classics, that don’t take much thought, effort or cost to get done, and allow you to enjoy your friends’ company, as opposed to all the razzle-dazzle that some people may not like. We’ve had the weird, the dangerous, the expensive and the alcoholic, but there’s no harm in keeping it small. Maybe start it off with a recently popular escape room, that can be themed around different films or franchises, such as zombies or famous killers. After the potential claustrophobia you can move into the open fields or woodland areas to hit up some paintball, relying on your team for callouts and support. You could also sub out paintball and bring a stadium tour onto the pitch, particularly if you and the boys support the same team and live close to the home field. After these possible activities, you end the night with a pub crawl, easy, simple, delightful, you know the places, and even if you don’t, Infinity Weekends will be more than happy to line a few up for you to knock down.